An 80-year-old woman from Thane has undergone difficult surgery. The elderly woman was admitted to Horizon Prime Hospital with a uterine complaint. Examination revealed that the uterus was coming out of the woman’s vagina. As this was a very serious matter, the doctors advised the woman’s relatives to perform the Hysterectomy surgery immediately. The operation was carried out after that and the condition of the elderly woman was stable within 24 hours.

Patients with this disease have to deal with bleeding and severe pain. The woman was horrified by what had initially happened. She had to endure a lot of pain while walking and sitting. Eventually, his relatives consulted doctors at Horizon Prime Hospital. It advised the woman to have immediate Hysterectomy surgery. At the age of 80, surgery is very complicated, but since there is no other option, the doctor took the risk and performed the surgery with the permission of his relatives.

Expert doctors say that irregularly menstrual periods are more likely to occur or heavy bleeding during menstruation. “Relatives of the first-sighted patients reported severe pain in the urinary area and something is coming out. According to them, the only option was to perform surgery on other patients. It was the biggest risk as the patient was older but the doctors at our hospital handled the situation properly and performed the surgery and the woman’s condition is now stable at Horizon Prime Hospital”, Gynaecologist and obstetrician Dr Dimple Jain said.

Mon Oct 25 , 2021
Hyderabad Based Jaitra Devices & Systems LLP has announced the launch of its new system the “Bipolar Air Disinfectant & Purifier”, in the country. The device has been unveiled by Shri Kishan Reddy – Hon’ble Union Minister of Tourism, Culture and Development of North Eastern Region of India who graced the occasion as chief […] 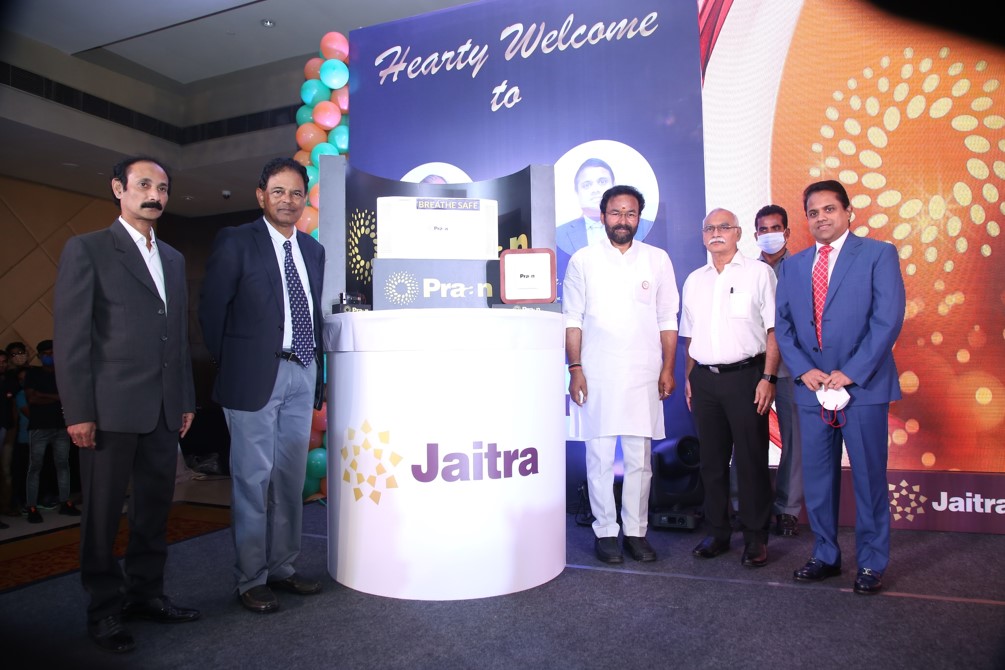