An 11-year-old girl suffering with jaundice for past two days was admitted toa city’s private hospital for appropriate care and further management. After initial testing, she was diagnosed with liver failure and shifted to Jupiter Hospital, Pune.

“Her condition deteriorated rapidly over the 24 hours since her admission. Her liver functions tests were grossly abnormal, and she developed encephalopathy (altered consciousness) due to acute liver failure,” said Dr. Vishnu Biradar, the Pediatric Hepatologistat Jupiter Hospital.

“Under such circumstances, these patients usually need an urgent liver transplant to restore liver function,” he added.

Acute liver failure is an uncommon condition associated with a high mortality and most patients do not survive without liver transplantation.

Shedding light on the details of the procedure, Dr. Gaurav Chaubal, Chief Transplant surgeon said, “During the auxiliary liver transplant technique, part of her native liver – the right lobe wasretainedand the left lobe was replaced with the donor’s left lobe.” The benefit of this particular transplant is that, “once her native liver recovers, we can stop the medicines required to prevent rejection of the transplanted liver,” added Dr. Chaubal.

The complex surgery was clinically very demanding and enforced extensive coordination between several specialties. Post-surgery, the girl presented unique set of challenges which were successfully overcome by the team.  “The patient experienced rapid clinical improvement after the transplantation and recovered completely,” said Dr. ShrinivasTambe, Pediatric Intensivist. The duo visit the hospital for regular follow-ups and both continue to be healthy and happy.

The surgery was highly challenging considering the patient’s condition and the nature of the ailment. “We are really happy that the child has done extremely well and is on the road to recovery,” concluded Dr. Gaurav Chaubal.

Tue Feb 23 , 2021
Glenmark Pharmaceuticals Ltd. (Glenmark), a research-led global integrated pharmaceutical company, today announced that its Swiss subsidiary, Glenmark Specialty S.A., received marketing approval from the Ministry of Health of the Russian Federation for its innovative Ryaltris® Nasal Spray – a novel fixed‐dose combination nasal spray.  This paves the way for commercialization of Ryaltris® in Russia which is expected to be made available to patients in the country […] 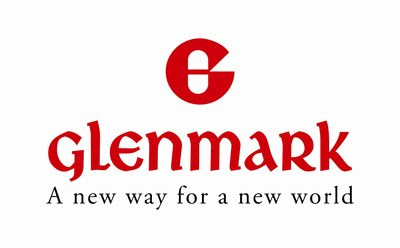