When nine-year old Om from Maharashtra complained of severe abdominal pain in August 2020, little did his parents know that he would end up losing his entire small intestine. Investigations done in a local hospital found thrombosis and massive gangrene in his small intestine, a condition in which the blood supply to the intestine is lost and the intestine is dead. An immediate surgery was conducted to remove his intestines to avoid further spread.

Post removal of the intestine, the boy was referred to Jupiter Hospital in Thane for further management. An antibodies test and bowel RT-PCR showed Covid infection in the removed organ. This brought to light the fact that the boy and his father had tested positive for Covid-19 with mild symptoms in a month ago.

“Thrombosis and bowel perforation is well known in severe Covid-19; however massive bowel gangrene is very rare,” explains Infectious Disease Specialist Dr. Rajiv Soman from Jupiter Hospital, Pune. “Only 1 such case has been reported in Italy so far, with fatal outcome. In this case, apart from intestinal gangrene, there were many secondary infections in the abdominal area – making it a complicated one.”

On losing his entire small bowel, the child was unable to eat anything and was put on artificial nutrition, also called parenteral nutrition. His condition was labile as there were high fluid losses and electrolyte disturbances and was managed diligently by Chief Pediatric Intensivist Dr. Paramanand Andankar and Pediatric Gastroenterologist Dr. Dimple Jain in Jupiter Hospital Thane.

Speaking about the surgery, Dr. Gaurav Chaubal, Chief multi-organ transplant surgeon, Jupiter Hospital said, “The child was listed for a cadaveric small intestinal transplant and was on the waiting list for 3 months. During this time, the child was longing to eat and also started developing complications related to parental nutrition.  The waiting period was extremely difficult for the child as well as the family”.

With no cadaveric organ offer in sight, the prospects of a living donor small intestinal transplant were discussed with the family. Living donors can safely donate 40% of their intestine as the remnant intestine has a tendency to undergo adaptation and fulfill normal digestive and absorptive functions. The child’s father volunteered to donate a part of his intestine and underwent assessment. On 5th November, a team of surgeons led by Chaubal our team performed the surgery, wherein 200 cm of intestine was carefully harvested and transplanted from the father to the child. The surgery lasted for 8 hours with anesthesia being administered by Dr. Bhagyashree Arbhi.

The donor has recovered completely. The child is recovering well and has started oral intake from day 08 of the surgery. The post-operative intensive care is being provided by Paediatric intensivist Dr. Shrinivas Tambe and Pediatric Gastroenterologist Dr. Vishnu Biradar in Jupiter Hospital Pune.

Mon Nov 23 , 2020
Due to the COVID Pandemic, there has been a huge shortage of blood in blood banks across the world and the demand for the same witnesses acceleration with each passing day causing healthcare facilities, especially government hospitals to face several limitations while trying to treat patients. Some hospitals have even […] 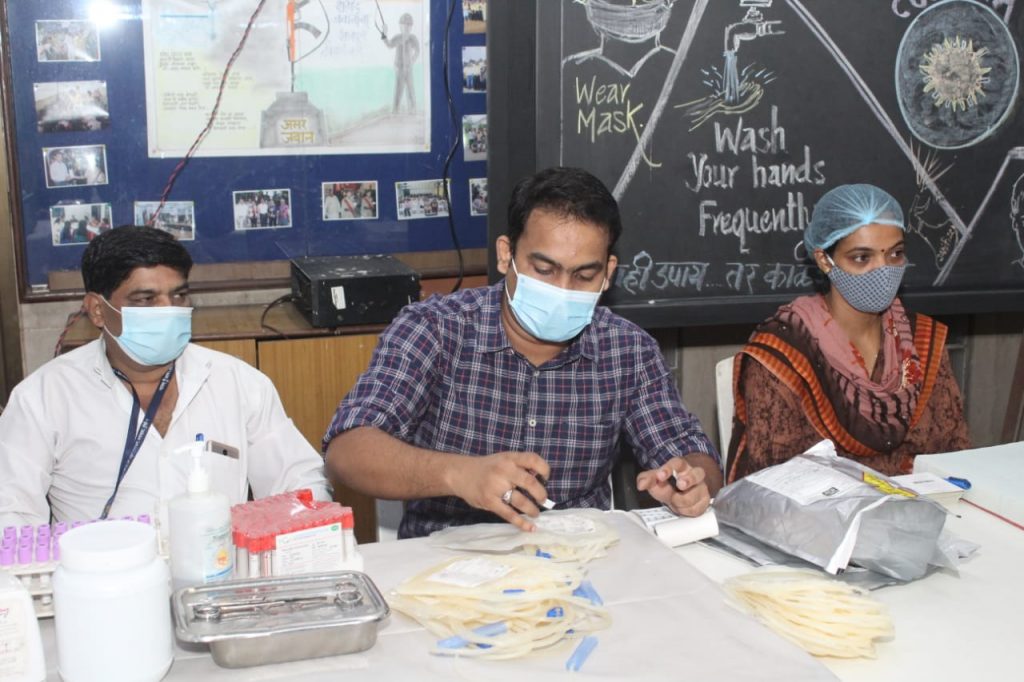