In a first-of-its-kind Medgenome Labs, a genomics and clinical data driven diagnostics and drug discovery research company conducted a study in partnership with doctors from Santokba Durlabhji Memorial Hospital, Jaipur, School of Medicine, University of Glasgow, UK and Pediatric Neurosciences Research Group, Royal Hospital for Children, Glasgow, UK to understand the underlying causes of Infantile Spasms (IS), a common but severe form of epilepsy in young children.

Infantile spasms also called ‘Salaam Seizures’ usually occur in the first year after birth. Till date there had been no published studies from India to comprehensively investigate for this condition. This is the first study that used Next Generation Sequencing (NGS) technology to dwell deep into the causes of infantile spasms in the Indian setting.

According to Dr. Vivek Jain, Pediatric Neurologist at Santokba Durlabhji Memorial Hospital, Jaipur and one of the authors of this research work, “The findings of this study highlight that neonatal hypoglycemia (low blood sugar at birth) is the most important underlying cause of infantile spasms. Often babies at birth struggle to breastfeed and with inadequate advise and lactation support for the new mothers, this poor milk intake leads to low sugar and brain damage, in these babies. The brain damage later causes infantile spasms, a severe form of epilepsy. Hence there is an urgent need to develop guidelines for early recognition and optimal management of neonates at risk of developing hypoglycemia to prevent this severe epilepsy. This study shows that families and doctors need to be more vigilant about preventing low blood sugar at birth in newborn babies to prevent its significant neurological impact later in a child’s life.

The other important cause of infantile spasms identified in this study were underlying genetic defect which put a child at risk to develop these types of seizures later in infancy. In this study for the first time a detailed genetic evaluation using NGS based Whole Exome Sequencing was performed in patients with a suspected genetic cause for Infantile Spasms. Following this exhaustive genetic evaluation, a genetic cause could be identified in a significant number of patients with infantile spasms.

The findings of the study emphasizes on the importance of doing a Whole Exome Sequencing in patients of infantile spasms where no apparent cause can be found, which will help in diagnosing these genetic disorders early and prevent it from happening again in subsequent pregnancies.

According to Dr. Vedam Ramprasad, CEO, MedGenome “A delay in identification and treatment of infantile spasms was associated with worse outcome with poor response to medications and also long term neurodevelopmental issues. As an important measure, it is vital for pediatricians, family practitioners, and the wider public to be educated about early identification of the causes of IS in order to plan appropriate preventions and treatments.”

The outcomes of this study will further improve the understanding of the causes of infantile spasms in India so that it can better managed and prevented in the future.

Add a “Glutathione Glow” to your skin on your Wedding Day

Wed Dec 16 , 2020
By Mr Sushant Raorane – Co-founder Director Adroit Biomed If you are planning to get hitched soon and life is a frenzy with all its preparations which seem most tedious and confusing, we are here to ease a bit of your stress with this pre-wedding beauty regime that is effortless. […] 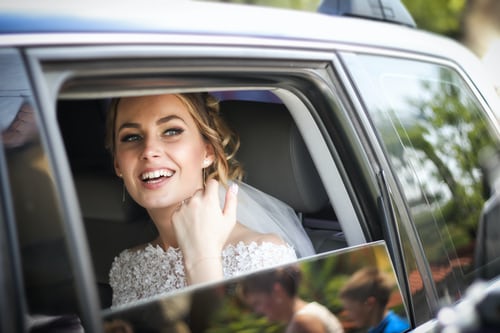